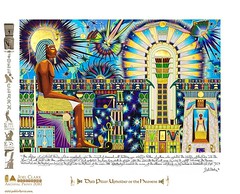 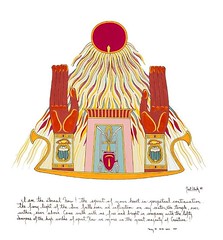 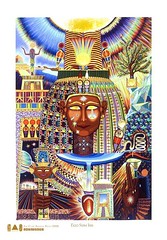 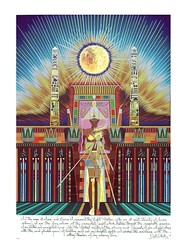 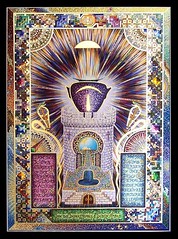 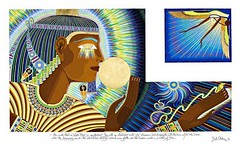 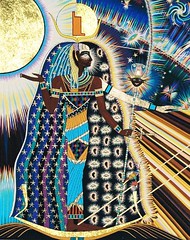 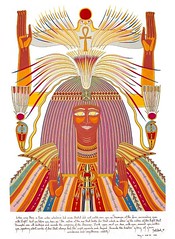 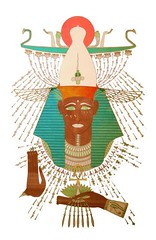 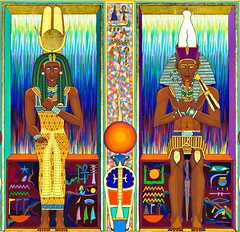 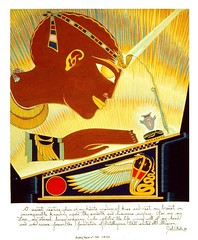 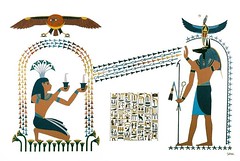 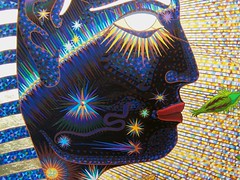 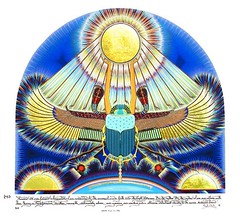 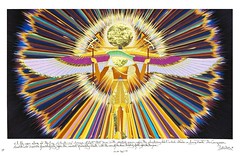 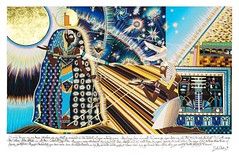 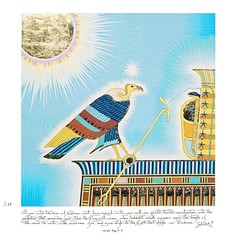 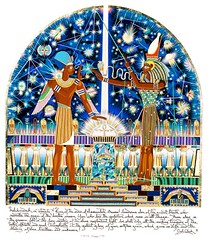 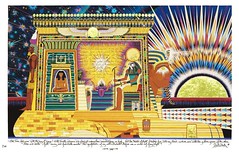 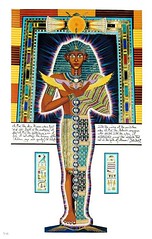 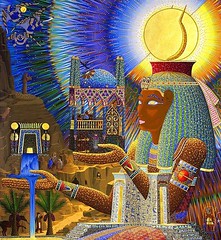 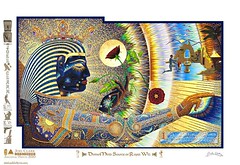 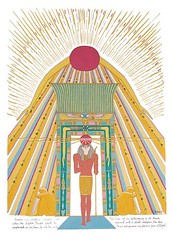 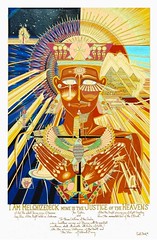 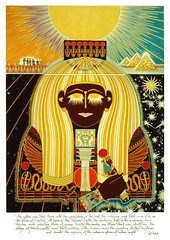 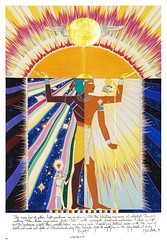 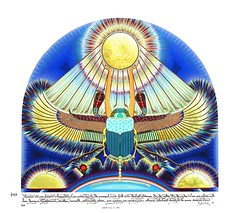 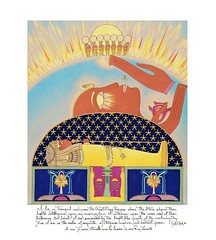 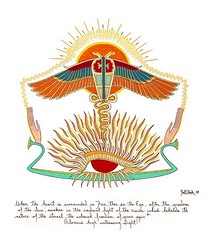 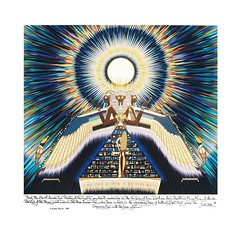 My purpose as an artist has ever been to re-establish a past destined to be the future; to take something of the eternal and invisible and manifest it in the physical. The high civilization of Egypt with all its wisdom, precision and loving engagement of Universal Light awaits its inevitable return. Each of my works is an entirely metaphysical statement at odds with the illusions of our present zeitgeist. Not to be understood by the reasoning of the mind; my paintings remain mystical invocations summoning the divine voice within and above each child of Earth; feats of alchemy speaking silently to the infinite recesses within searching souls.

Ascetic of being, I drink of the Milky Way’s celestial light and feed upon the manna of distant stars as fuel for rarefied perception. Silencing the chaotic din I summon the pristine voice of secrets cut in stone. Striving for purity, each brush stroke levels a hammer blow of sacred gesture and expression for the glory of the Divine. Ever aware of the tyrannies of the physical I look beyond it. Like the Egyptians, I build here to harvest what endures beyond the veil. In the eternal now, I roll the centuries into one. The luminous pearls of incarnation I link upon that thread which shimmers in infinity. All cultures as fingers upon one hand do I unite. Dazzling upon the inner eye I behold the light of perfect and eternal beings who stand beyond the rivers of time radiant in Heavenly fire. And so do I let the images unfurl their colors, shapes and forms from sources now unseen.

In a world bent on speed and sensations, time is of little consequence to my painting. Mine is a statement of an eternal contemplation and the intuitive certainties that dawn with perfect stillness of mind and body. Each composition is announced as a flash of light upon the inner eye. From there I work to manifest the energy of the vision, beginning with a pencil sketch, followed by the penciling of the actual work, inking of major lines, gold leafing of certain areas and finally the actual work of painting itself. Large works often require a year of devoted effort to complete.

This is a rare opportunity to hear modern mystic Joel Clark, a divinely guided visionary artist who specializes in creating powerful Egyptian artwork, as he steps out in a public forum for the first time to share his wisdom.  His incredibly intricate and light-filled artwork triggers a connection to the higher dimensions and a deep soul-stirring remembrance for many.  Topics to be discussed are: the purpose of his art, awakening to past lives, Egyptian Gods & Goddesses, ET’s, the higher self, revelations about the pyramids & Giza Plateau.  Joel will also share his advice for 2012 and a prediction as we move into the new year.  Bring your questions for this mystic as he makes his radio debut here on EarthWisdom Radio!