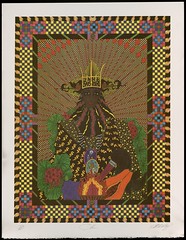 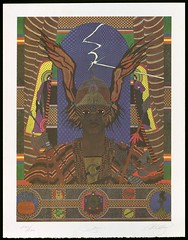 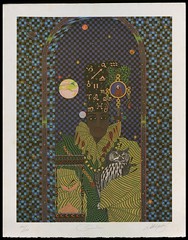 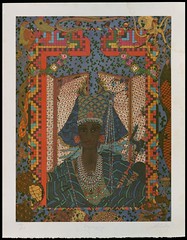 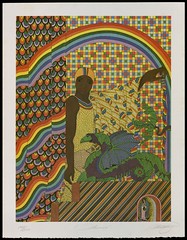 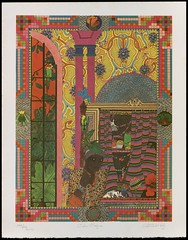 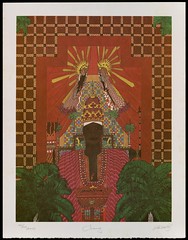 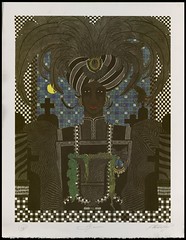 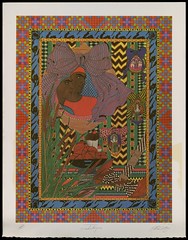 The Oricha Collection at the University of Miami

Each of the illustrations in The Oricha Collection depicts the principal gods and goddesses that comprise the Afro-Cuban religion of Santería. The pen, crayon, and ink illustrations measure 40 by 30 inches. According to ancient Yoruba beliefs, each deity is endowed with unique attributes representing the forces of nature, the supernatural, and the entire range of human emotions.

In his portraits, del Pozo recreates the mythical attributes of each of the orishas with the aid of leading Cuban anthropologist Lydia Cabrera, who wrote the prologue to the exhibition catalog. Each of the gods is shown in a restful pose, surrounded by artifacts symbolizing aspects of their personalities. Images of the Catholic saints that have been identified with the orishas are also shown in each of the illustrations.

The Afro-Cuban orishas can be traced to the 19th Century slave trade, when thousands of men, women, and children were taken from their Yoruba homes in Nigeria to be sold as slaves in the new world. In Cuba, the slaves were introduced to Catholic teachings, resulting in a blending of Yoruba and Christian beliefs over time. Due to structural similarities between the two religions, the Yoruba gods were identified with Catholic saints, and as a result, many generations of slaves continued to practice their religion under the guise of Christian liturgy. This union gave rise to a new system of beliefs known as Lucumí or Santería, the “way of the saints.” Today, Santería is practiced in Cuba and in other parts of the world where there are significant numbers of Cuban immigrants. It thrives in Miami, where close to one million Cubans and Cuban-Americans reside. [source]