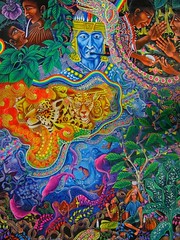 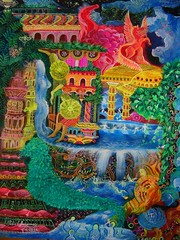 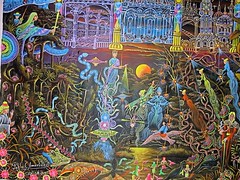 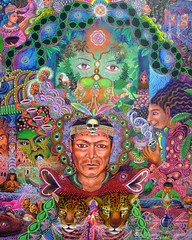 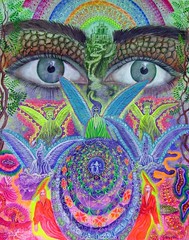 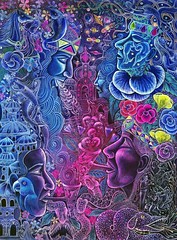 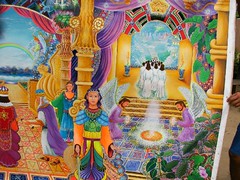 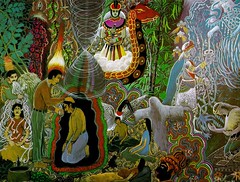 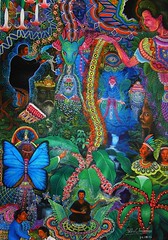 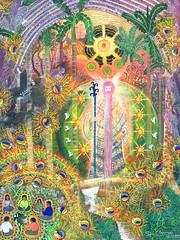 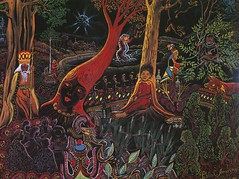 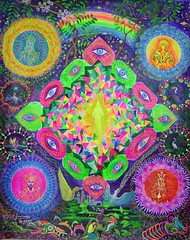 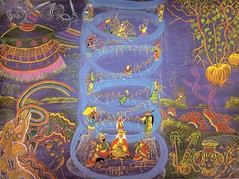 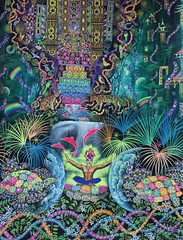 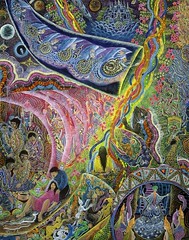 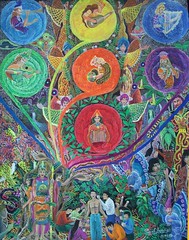 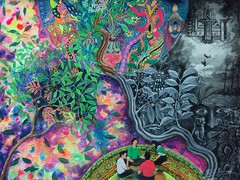 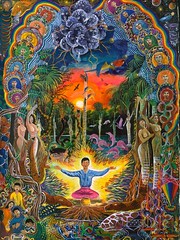 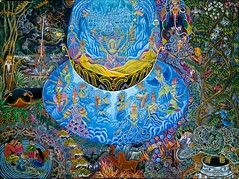 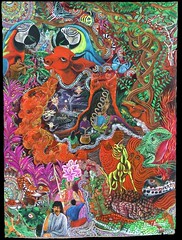 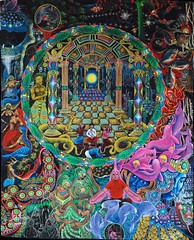 Pablo Amaringo was born in 1943 in Puerto Libertad, in the Peruvian Amazon region. He was ten years old when he first took ayahuasca–a visionary brew used in shamanism. A severe heart illness–and the magical treatment of this via ayahuasca–led Pablo toward the life of a shaman, and he eventually became a powerful curandero–learning the icaros, or healing songs that the ayahuasca brew taught him.

In 1977, Pablo abandoned his vocation as a shaman, and he is now a painter and art instructor at his Usko-Ayar school, where there is no charge for the students to learn painting. Pablo has painted and described numerous ayahuasca visions, some of which have appeared in his book Ayahuasca Visions: The Religious Iconography of a Peruvian Shaman. He is currently working on paintings of angels for a forthcoming book, as well as paintings that document the flora and fauna of Peru.